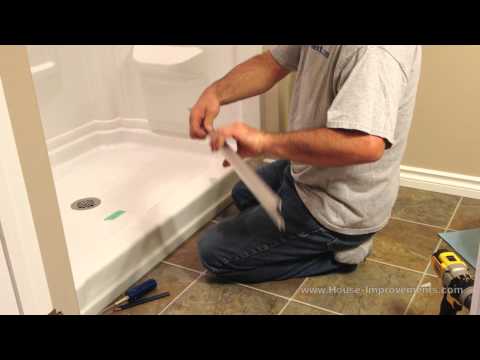 A new shower door can be an economical and practical way to refresh the look and appearance of your bathroom. Even though a simple shower curtain can be good enough to keep water off your bathroom floor and still afford you some privacy, a good shower door gives a more elegant solution for easy access to your shower and water tight seals. A shower door can therefore be either a simple utilitarian device or a key decorative element in your bathroom that reflects your individual or personal style. Because of this, it is important for homeowners to pay close attention to the type of door they want for their bathroom because it is just not another accessory in the home.

If you are planning on making some changes on your mobile home bathroom, there are numerous options available in the market. Here are some available shower door options worth taking into consideration: they include but are not limited to the following:

These are also known as sliding shower doors. They are without doubt the most common shower doors available. They usually consist of three sections and are normally installed on a track, as the name does suggest, these doors open by sliding on the fitted rack. One of the main advantages of the sliding shower door is that the doors usually fold into themselves and for that reason, do require less room and are also very easy and simple to clean.

These doors are commonly referred to as bi-fold shower doors and are quite ideal for use in bathrooms with relatively limited space. They usually feature some very sleek appearance and are renowned the world over for the minimal space they usually consume. Their accordion like appearance is favored by many who want to introduce some style and fashion into their home. Because the door is curved, it usually fits in the corner of the home so that it doesn’t protrude in the space meant for the bathroom.

In other quarters, these doors are referred to as swing doors. They are basically doors which open outwards at different degrees such as 90 degrees, 135 degrees and 180 degrees. In most instances, magnetic catches are used so at to ensure that the door remains locked when the bathroom is in use. Even though they require relatively large spaces due to the swinging action of the door while opening, they do add a touch of sophistication to the bathroom. These doors make entering the shower quite easier and can either be frameless or framed.

A steam shower door design is usually intended to allow the shower room to also double up as a steam room by making it steam tight. To fully contain the steam, the glass panels usually extend from the floor to the ceiling of the shower enclosure being used. Depending on what the user wants, the door can be made from solid glass panels and a hinged door which has a built in air tight seal. These enclosures usually have built in transoms or movable panels above the door. These transoms can be used as vents when necessary.

These are also known as swing open or one panel swing doors. They usually open outward from a single side and are usually installed in a standalone shower space such as those common in small mobile homes. They are usually ideal for openings which are too small to accommodate a bypass door. Typically, these doors are 36 inches wide even though they can be as wide as 58 inches. They can also be installed with two fixed panels and can be double hinged to swing both in and out. They can also be open to the left or right of the bathroom.

ReplacementManufacturedParts.com participates in  affiliate programs with Google and Amazon and is compensated for referring traffic and business to them.

We use cookies on our website to give you the most relevant experience by remembering your preferences and repeat visits. By clicking “Accept”, you consent to the use of ALL the cookies.
Cookie settingsACCEPT
Manage consent

This website uses cookies to improve your experience while you navigate through the website. Out of these, the cookies that are categorized as necessary are stored on your browser as they are essential for the working of basic functionalities of the website. We also use third-party cookies that help us analyze and understand how you use this website. These cookies will be stored in your browser only with your consent. You also have the option to opt-out of these cookies. But opting out of some of these cookies may affect your browsing experience.
Necessary Always Enabled
Necessary cookies are absolutely essential for the website to function properly. This category only includes cookies that ensures basic functionalities and security features of the website. These cookies do not store any personal information.
Non-necessary
Any cookies that may not be particularly necessary for the website to function and is used specifically to collect user personal data via analytics, ads, other embedded contents are termed as non-necessary cookies. It is mandatory to procure user consent prior to running these cookies on your website.
SAVE & ACCEPT
Scroll to Top