A ceiling fan is one of the most cost efficient solutions for cooling the home. Many indoor ceiling fans use about as much as the energy used by a 100 watt bulb light and can therefore reduce home cooling expenses. The cooling effects of such a fan allow you to keep your windows open for longer, allowing lots of fresh air to flow inside your home. It is also worth noting that you can buy a ceiling fan with a reverse mode and use it during winter so as to defray heating costs during that cold period. Here are some tips on available ceiling fan choices. 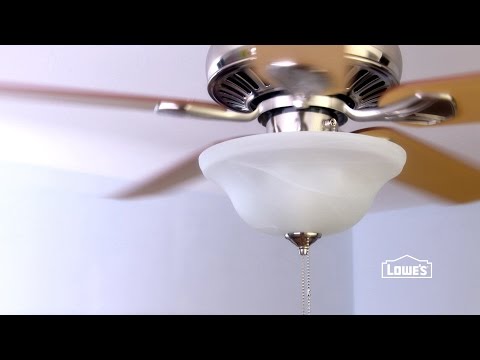 Ceiling fans usually come in two mount types, flush and standard. Flush mounts keep the fan well snug to the rooms ceiling whereas the standard mounts do feature a down rod. Rooms that have a high ceiling are best served using a standard mount whereas lower ceilings are best served using a flush mount. It is also worth mentioning that the down rods do come in variable lengths.

Ceiling fans also come in different finishes and styles which complement the look of the home. The different styles available include the traditional, contemporary and transitional. In terms of finishes, white, nickel and bronze finishes are quite popular even though home owners can also opt for relatively rare finishes such as black, silver and steel.

It is also important to take into consideration the number of blades you require in your blade of choice. Most ceiling fans have between 2 and 6 blades even though it is possible to find blades with more than six blades. The blade span on the other hand does refer to the total diameter of the fan and most fans tend to range at anything between fifty one (51) and fifty five (55) inches. Blade pitch refers to the angle of the blades when compared against the horizon, in fact it is the tilt of the blade which produces the air and angles in a downward motion. The very powerful ceilings usually have a blade pitch of around twelve (12) to fourteen (14) degrees.

ReplacementManufacturedParts.com participates in  affiliate programs with Google and Amazon and is compensated for referring traffic and business to them.

We use cookies on our website to give you the most relevant experience by remembering your preferences and repeat visits. By clicking “Accept”, you consent to the use of ALL the cookies.
Cookie settingsACCEPT
Manage consent

This website uses cookies to improve your experience while you navigate through the website. Out of these, the cookies that are categorized as necessary are stored on your browser as they are essential for the working of basic functionalities of the website. We also use third-party cookies that help us analyze and understand how you use this website. These cookies will be stored in your browser only with your consent. You also have the option to opt-out of these cookies. But opting out of some of these cookies may affect your browsing experience.
Necessary Always Enabled
Necessary cookies are absolutely essential for the website to function properly. This category only includes cookies that ensures basic functionalities and security features of the website. These cookies do not store any personal information.
Non-necessary
Any cookies that may not be particularly necessary for the website to function and is used specifically to collect user personal data via analytics, ads, other embedded contents are termed as non-necessary cookies. It is mandatory to procure user consent prior to running these cookies on your website.
SAVE & ACCEPT
Scroll to Top